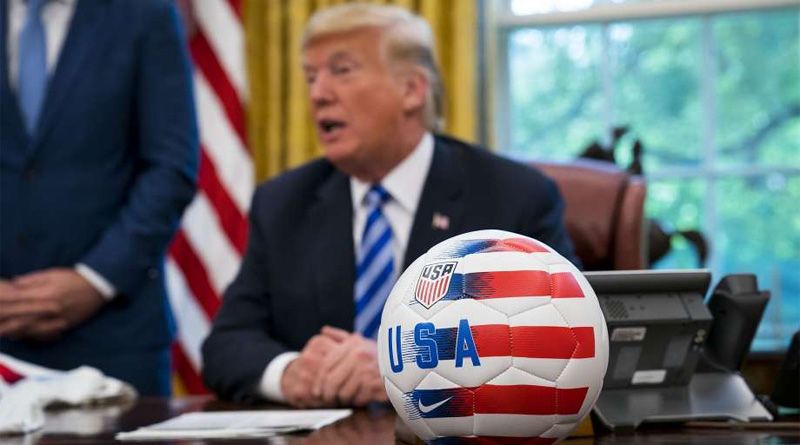 The Jews’ Media came of age in the mid-1970s, and achieved “self-awareness” by successfully destroying a Republican President who won 49 out of 50 states two years earlier. From this it learned that it could generate false narratives, which could then be used to dominate other narratives and destroy its ideological enemies.

Earlier, a fledgling Jews’ Media had achieved similar results in the 1950s, when it destroyed Senator Joe McCarthy after he came perilously close to exposing the “Democrat” Party’s love affair with Soviet intelligence agents. McCarthy discovered that both the Roosevelt and Truman Administrations served as an employment agency for Soviet NKVD and GRU Agents. (Alger Hiss was actually both!)

Without ever naming it, McCarthy was in possession of the so-called “Lee List,” a roster of about 200 State Department employees who were suspected of being communists or communist sympathizers. It was compiled by a man named Robert Lee, a retired FBI Agent hired by the State Department after “Foggy Bottom’s” lax security had been criticized for years by the House Appropriations Committee.

Three decades later, the Jews’ Media tried to destroy Ronald Reagan in similar fashion by targeting him with false narratives and what is now called “fake news,” but “The Gipper” was much too beloved for that tactic to succeed. Moreover, by the early 1980s, the American Public was beginning to awaken to the partisanship, bias and dishonesty that seemed inevitably to accompany Jewish ownership and control of America’s news industry.

The news media might have retained a hint of integrity into the late 1970s, because it consistently leveled withering criticisms at Democrat Jimmy Carter. However, that criticism was motivated primarily by Carter’s relative moderation, which was never as radical as the Jews’ Media and the “Democrat” Party preferred: Carter often tried to appease everyone rather than go full-bore socialist, much to the chagrin of both the Jews’ Media and his increasingly Marxist party.

The event that ultimately exposed the unbridled corruption, bias, and dishonesty of America’s Jews’ Media was the candidacy and presidency of Barack Hussein Obama. The Jews’ Media recognized Obama’s potential for “transforming” the U.S. into a fully socialist nation, and abandoned all efforts to maintain a facade of fairness or balance.

They gave Obama a complete pass on his phony Birth Certificate, his lack of Constitutional Eligibility, his drug usage, his suspect “academic record,” his likely homosexuality, and his dishonest and fraudulent credit history using the alias “Barry Sotero.” They also turned a blind eye to his numerous communist friends, for whom his administration became an employment agency.

Once Obama took office, he immediately engaged in the criminal and unconstitutional conduct that every paleo-conservative predicted he would. There are far too many scandals to describe here, but catch-phrases such as “Fast and Furious,” Benghazi, the Iran Deal, denying tax exemption to conservative groups, and making Rear Admirals out of queers merely hint at the extent of the problem.

We also know for a fact that Obama was aware that his FBI and DOJ were actively engaged in a criminal conspiracy against the candidacy of his successor, Donald Trump: In fact, Obama was fully involved in coordinating the activities of its various and diverse participants.

Illustrating this were the notorious e-mails between Peter Strzok — Chief of the FBI’s Counterespionage Section — and his illicit lover, FBI Attorney Lisa Page. One dated September 2, 2016 between Page and Strzok states: “POTUS wants to know everything we are doing.” (“POTUS” is a common acronym for President of the United States.)

It is clear that Obama wished to be kept in the loop because he wanted to know how successful the conspirators in his CIA, FBI, and Justice Department were in attempting to “weaponize” the immense powers of the federal government. Their goal was to destroy the candidacy of Donald Trump by using the fraudulent “Cristopher Steele Dossier.”

Likewise, another e-mail between Strzok and Page on August 5, 2016 stated that the “White House is running this,” which was an obvious reference to the role the traitorous and criminal element in Obama’s White House played in orchestrating this unconstitutional conspiracy against Donald Trump.

The handiwork of the conspirators is evident almost every night on Fox News, as each unconstitutional and treasonous action by these upper-level Obama FBI and DOJ holdovers is uncovered and exposed for all the world to see.

After eight years of Obama, the Deep State finally achieved “critical mass” and the coordination between the Jews’ Media, the “Democrat” Party, and traitorously disloyal appointees at the CIA, FBI, Department of Justice and federal judiciary finally came to full fruition.

This cabal had never been as close to its ultimate goal as it was just prior to Trump’s election in November of 2016. For eight years, Obama savaged the Constitution, our national security and the U.S. economy: At that point, these enemies of freedom could almost taste and smell the fruits of their 100 year-old goal of delivering America into the clutches of international socialism.

In November of 2016, Donald Trump was just about the only one of America’s “Leaders” willing to stand in the way of the Deep State’s aspirations. Trump’s election was a profoundly dramatic setback for the aspirations of both Zionism and the globalist architects of the “New World Order,” and they will never forgive him for it.

The only thing President Trump is guilty of is defeating Hillary Clinton in the 2016 Presidential Election. This one, unforgivable transgression explains all the insanity, witch hunts, defamation and intense hatred routinely directed at him by the left.

Were it not for the existence of an alternative news media –- one that bothers to report critical facts “filtered” by the Jews’ Media — the Oval Office would now be occupied by an organized crime figure, whose misdeeds would never come to light. Her entire administration would mimic the FBI’s phony “investigation” of her illicit and unsecured e-mail server in 2016.

Rush Limbaugh was the first person after Obama’s “coronation” with the guts to declare to 30 million listeners that he “hoped Obama would fail, so the country would succeed.” His courageous stance – which cost him advertisers after he was savaged by the left and its minions –- emboldened Fox News and others to show similar levels of courage when reporting on the treason of Barack Hussein Obama.

The declining influence of the news media –- the focus of socialism in the West –- translates into dramatically declining fortunes for the “Democrat” Party. In turn, this explains the frustration and anger characteristic of its more radical elements, all of whom assumed that after eight years of Obama, the U.S. would already be signed, sealed and delivered into the clutches of international socialism. Trump’s victory obliterated their labors and aspirations in one night.

The entire “Democrat” Party is now devoid of ideas, and has become entirely dependent on lies, slander, voter fraud, violence, intimidation and delusion as a substitute for policy or a political agenda. They have become the “Fascists” they claim to despise, but are too dishonest, ignorant or stupid to recognize this irony.

For years they anticipated a transformation of America into a socialist state, and eschewed the need to think critically about public issues because “the revolution was coming,” and to do so seemed wholly unnecessary. They have discovered much to their chagrin that the “Democrat” Party’s well of ideas is now dry.

2 thoughts on “A New Ball-Game”