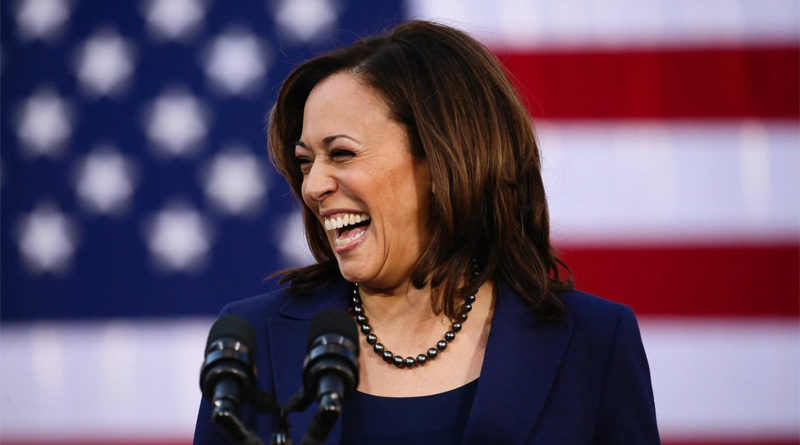 A month ago, Gosar invited Biden to Yuma County, Arizona, to see first-hand the record-breaking illegal immigration occurring. Gosar said on the House floor on Thursday that he has yet to hear back from Biden and has written again to offer an invitation.

In the letter, Gosar writes that Department of Homeland Security (DHS) officials have informed lawmakers that since Harris was named “crisis manager” on March 24, some 20,000 illegal aliens have entered the U.S., undetected by federal immigration officials.

Approximately 20 days ago, you named Kamala Harris as your “crisis manager” (on March 24) for the border crisis created in January. Mrs. Harris has not acted to address this crisis. Indeed, under her watch, the problem has gotten dramatically worse. [Emphasis added]

We are informed by the DHS that as many as 20,000 illegal immigrants have escaped into the U.S. since Harris was tapped, with an estimated 1,000 illegal aliens crossing the border daily, unpursued. [Emphasis added]

Despite the sincerity of my invitation, I have not received any formal response from you to my March 18 letter. Given the ongoing public health, humanitarian, and security crisis, I am writing to once again invite you, and Mrs. Harris, to visit Yuma County to see first-hand what my district and constituents are experiencing from this unprecedented surge of illegal alien border crossings. 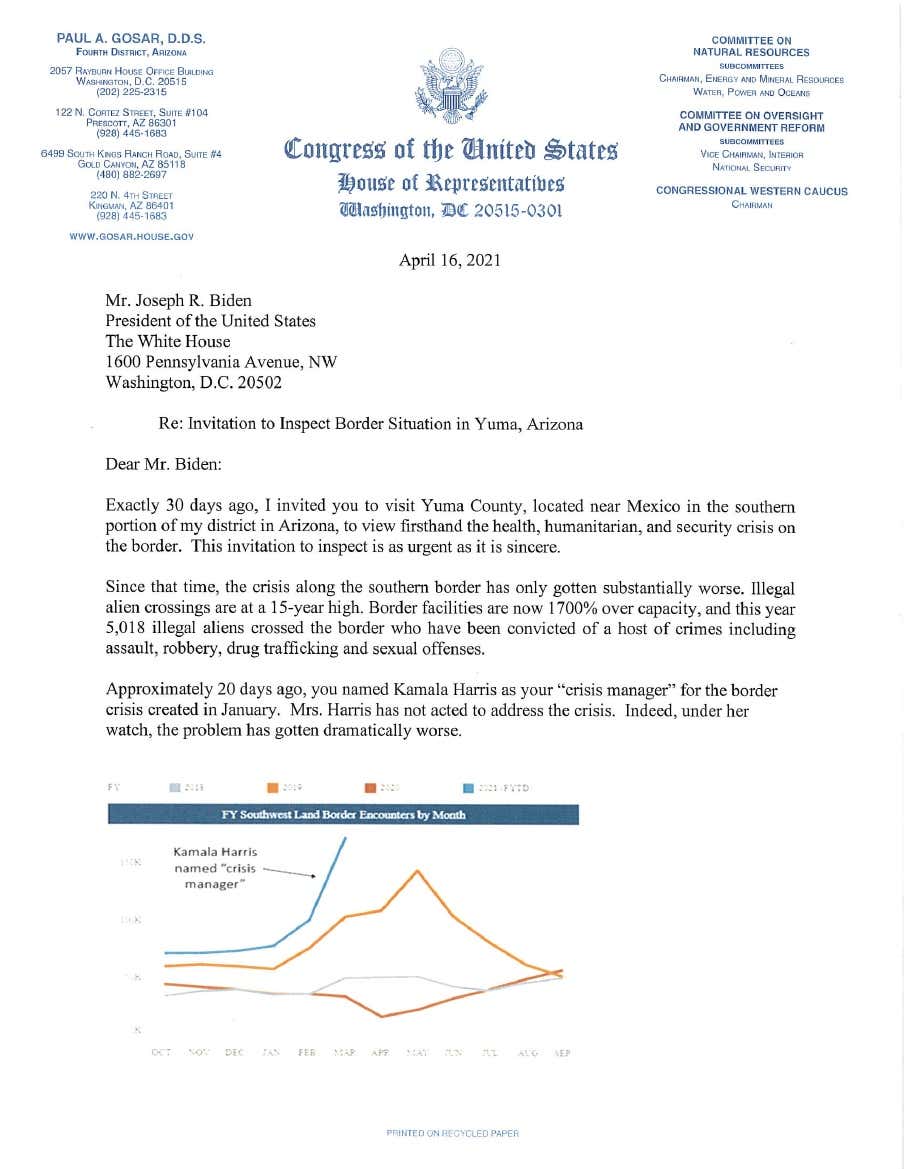