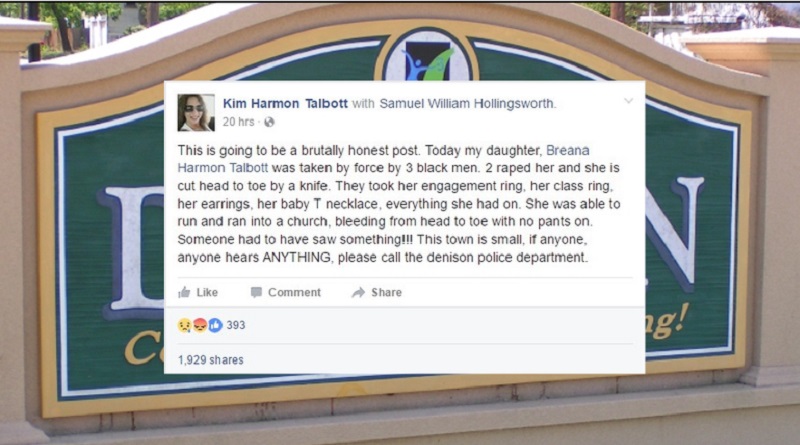 Narrative Collapse has the story:

“Wednesday evening, an 18-year-old white female was kidnapped by three black men in Denison, Texas. A few hours later she was found at a church with numerous knife wounds and no pants.

She had been gang raped in the back of an SUV and slashed with a knife all over her body. All her jewelry was stolen, including her engagement ring. She was rushed to the hospital for treatment.

The attack prompted outrage online, after the victim’s mother described what happened on Facebook. Many people are criticizing the local media for a lack of coverage.

The victim is a very attractive, physically fit, blonde lady. She had just gotten engaged to be married last December. While rape is largely motivated by hatred and a desire to humiliate the victim, this attack went even further. The attackers slashed her with a knife to cause permanent physical scars. Some are comparing the attack to the recent racially motivated kidnapping and torture of a white man in Chicago. …”

This is Breana Talbott: 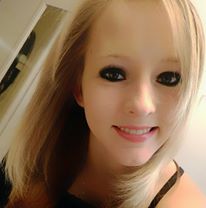 Note: If you haven’t already done so, add our friend Narrative Collapse to your bookmarks. The SPLC has condemned the CofCC for spreading a “false narrative of a victimized white majority under siege by allegedly violent people of color in the United States.”