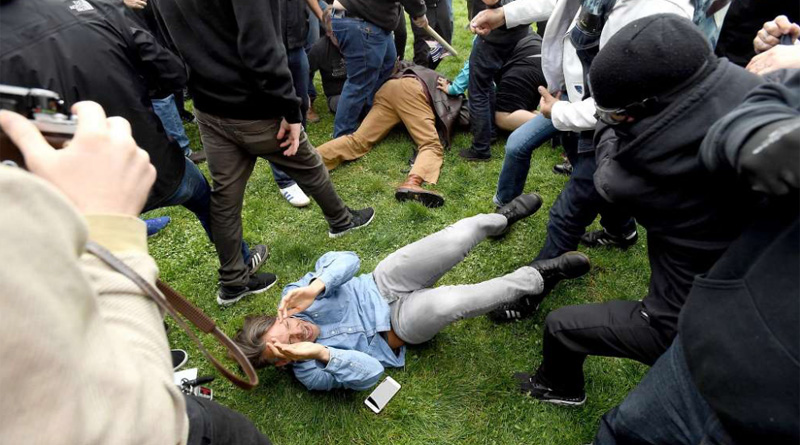 Amid protests over the killings of Black citizens that have lasted almost a month, President Trump retweeted videos of Black men attacking white victims in separate incidents — one of which occurred last year — while wondering why they did not spark protests like the nationwide demonstrations over the death of George Floyd.

Shortly after 10:30 p.m. Monday, the president retweeted a Twitter thread about an October 2019 incident in which a 28-year-old Black man was seen on a video pushing a white woman on a subway platform in Brooklyn.

The woman was not hurt. The man, described by authorities as a known subway recidivist offender, was later arrested and charged with assault.

Floyd was killed in May by a Minneapolis police officer who pinned him to the ground by kneeling on his neck, and the protests that ensued were directed at official acts of brutality against Black people, or those specifically motivated by racism, not random episodes of violence.

The president then retweeted a viral video of a Black man attacking a white employee at a Macy’s in Flint, Mich., on June 15.

Looks what’s going on here. Where are the protesters? Was this man arrested? https://t.co/2E1UbU5vNN

The video clip was posted by Matt Walsh, a conservative blogger, who tweeted: “This guy brutally assaulted a Macy’s employee because of his race and then slandered him by claiming he said the n-word, which was a lie. This is a horrific hate crime and if the races were reversed it would be the only thing we talk about for days.”