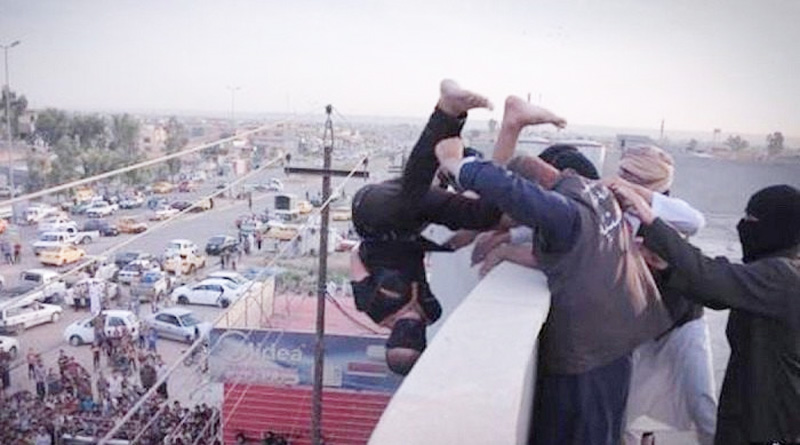 Thousands of LGBT Americans raged against President Donald Trump outside the Greenwich Village bar where the gay rights movement was born. They demand that the president suspend his immigrant ban.

The activists gathered by the Stonewall Inn on a chilly Saturday afternoon, chanting “Resist, resist!”

A week ago, the president issued an executive order barring people from seven mostly Muslim countries from the U.S. A judge temporarily blocked the ban Friday, allowing travelers to enter.

Activist Cathy Renna says LGBT Americans have been deeply affected by what she calls “the horrible things Trump has been doing” because their community includes gay Muslim men, immigrants and women hurt by rollbacks on reproductive rights.

In 1969, Stonewall Inn was raided by police, sparking riots.

Not only gays are thrown to their deaths by the believers of this stone-age religion but women also. They are stoned to death. Christians are decapitated and murdered.

A video uploaded by the campaigners showed the men being forced to queue on a five-storey building before being thrown over the edge in Syria.

No screams are audible as they fall to their deaths.

Hundreds of people living under the Islamic caliphate gathered to watch the brutal execution.

Spectators can be heard gasping in an atrocious scene as the men died one after another, with their corpses piling up on the ground.

This happened on the say day a landmark Supreme Court decision making same-sex marriage a right for everyone in the US.