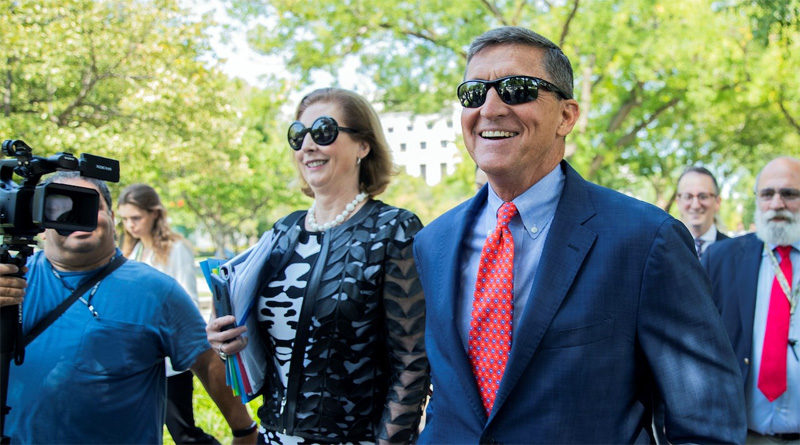 The Board of the Council of Conservative Citizens is honored to name Attorney Sidney Powell its Woman of the Year for 2020. She is recognized for her courageous defense of President Trump’s first National Security Advisor, General Michael T. Flynn.

A man of great character and ability, General Flynn was immediately targeted by the corrupt and scandalous Obama White House and Justice Department after being nominated by President Trump. Like Donald Trump, General Flynn was set up by a treasonous cabal of “deep state” operatives who wrongly weaponized law enforcement and counter-intelligence to attempt to destroy their political and ideological opposition.

By the time Sidney Powell came to the defense of General Flynn, he had been illegally entrapped by the FBI into lying to them, coerced by the FBI into a guilty plea, bankrupted by corrupt and unscrupulous attorneys, and faced sentencing by an unprincipled Clinton-appointed judge. General Flynn’s guilty plea was coerced because the FBI threatened to target his son in the same manner it had wrongly entrapped General Flynn. He found himself abandoned by nearly everyone but his family.

It was at this point, when General Flynn already had one foot in federal prison, that Sidney Powell took his case. Unable to expect much in the way of compensation for her efforts because of Flynn’s bankruptcy, Sidney Powell relentlessly engaged in discovery motions to obtain exculpatory evidence withheld by the FBI, Justice Department and Flynn’s former attorneys at Covington and Burling.

Covington and Burling bled General Flynn of his life’s savings of $5 Million, only to ultimately convince him to plead guilty: He could have represented himself (“pro se”) and pled guilty from the very beginning, without any legal fees and thereby, avoided bankruptcy and the sale of his family home.

Meanwhile, Covington and Burling were grossly ineffective as counsel and may very well have withheld exculpatory evidence they were legally obligated to turn over to Sidney Powell. It shouldn’t surprise anyone to learn that Obama’s corrupt former Attorney General, Eric Holder, is a partner at Covington and Burling.

Immediately upon taking the case, Sidney Powell irritated the black, Clinton-appointed judge on the case by making a motion to withdraw Flynn’s coerced guilty plea. Thanks to her efforts and those of Judicial Watch, new documents exposing the conspiracy against General Flynn continued to surface, eventually persuading Attorney General William Barr to withdraw the Justice Department from the case and end the prosecution of Flynn.

Compounding the wrongs committed against Flynn, the corrupt Clinton judge vowed to continue the unconstitutional charade of sentencing of a demonstrably innocent man. Sidney Powell’s motion to compel the Clinton judge dismiss the case was ultimately upheld by the D.C. Court of Appeals on June 24th, 2020. It finally gave General Flynn freedom from his ordeal for the first time in more than three years.

It is hoped that General Flynn’s inevitable lawsuits against all who criminally conspired against him will make both Flynn and Sidney Powell very wealthy. They deserve to be compensated, just as the many conspirators against him deserve to be brought to justice, both civilly and criminally.

A more dramatic reversal of fortune is difficult to imagine. Sidney Powell’s defense of General Flynn should be an inspiration to all of us who seek truth and justice, no matter how great the odds against them.